The first edition of the Eastern Suburbs Cup, a competition among soccer academies in the Eastern suburbs, occurred last weekend at Moore Park. It was a typical Sydney winter afternoon where parents and players enjoyed a long and fun day of football with 32 teams playing in eight different divisions/age groups.

Soccer De Brazil and Legends Academy hosted this mini-tournament which also featured the South West Wanderers, Kickeroos and International Soccer Academy. The format of the competition was a group stage with four teams in each age group, from Under 6’s to a combined U13/U14, followed by semi-finals and finals. SDB Coach-Director Gui Carniel was satisfied with the achievements of the event and players performance: “The ESC tournament was very special as we could see the players figuring out all the strategies and working together as a team looking for a good performance”.

At SDB we make sure our players face different and competitive situations, playing against and with different players to boost their development. We are looking forward to the next edition which will be held towards the end of July. 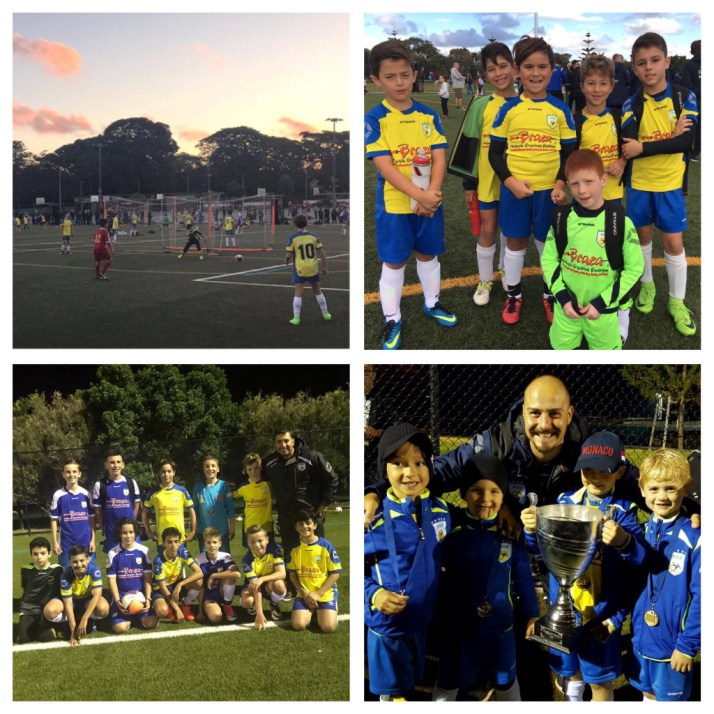 By SDB Academy|June 27th, 2017|Articles|Comments Off on Eastern Suburbs Cup 2017