The Benefits of Futsal

Growing up in the 80’s as a young soccer playing kid, soccer was the game you played to get better at soccer. Logical enough…

During Thursday school sports, my school also offered ‘indoor soccer’. It was like those nasty (compound) chocolate eggs your cheapo family members gave you at Easter. It was something which seemed ok but not quite like the real thing (Cadbury, Lindt… you chocolate lovers know what I mean).

So when my child started playing soccer, ‘indoor soccer’ was just a sport to keep them occupied while during the off-season, and it kept me away from having to sit at a park all day and watch him play cricket. To be honest I would have taken him to basket weaving classes rather than ‘support’ him through cricket, though that was only due to my own selfish agenda of protecting ‘me time’.

Then I was introduced to the Brazilians. They pestered me to have my kids focus on ‘Futsal’ (which if you didn’t know is what us Aussies previously called ‘indoor soccer’). They said it is much better than ‘soccer’ for the development of ‘soccer’. I would laugh it off because it sounds so illogical.

Fast forward 2 years and I found myself sitting in the director’s seat of Soccer de Brazil, where just quietly, my opinion on futsal was outnumbered 10:1. It also just so happened to be the same ratio of people who had expert soccer knowledge to those without. I am so happy it was because I too am a convert.

The evidence backs these claims. All the ‘big name’ players swear by futsal as the tool responsible for their development, and I too have seen it’s magic on our young players. So after years of watching the effects of futsal on the development of young players, and in researching its benefits, here is why your child should be playing futsal. 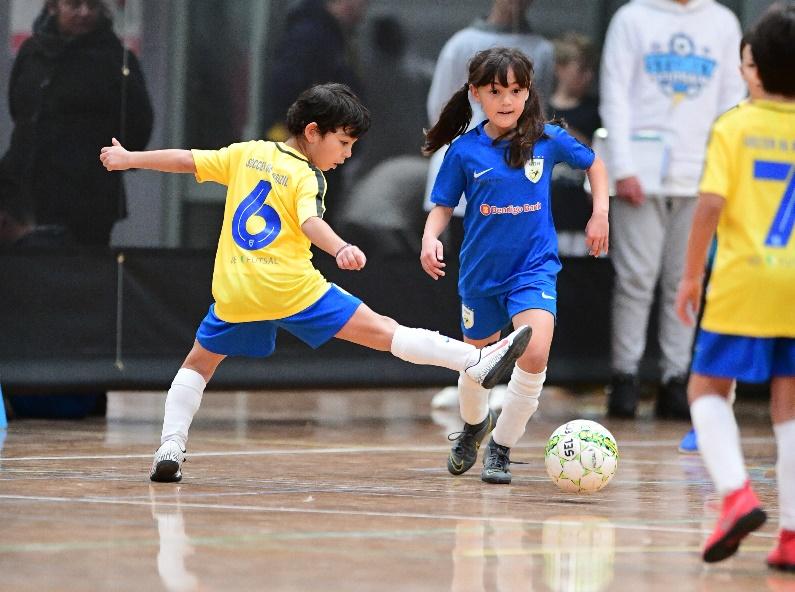 Futsal comes from the Spanish ‘futbol sala’ or ‘futbol de salon’, which can be translated as ‘room football’, or as I translate it, ‘friggin awesome fast paced small pitched soccer with a heavy ball’. My Spanish needs a little work.

As per my translation though, it is played in a smaller area, with 5 players (4 outfielders and a goalkeeper), with a heavier ball, and allows players to constantly rotate positions during game play.

The benefits of futsal include: 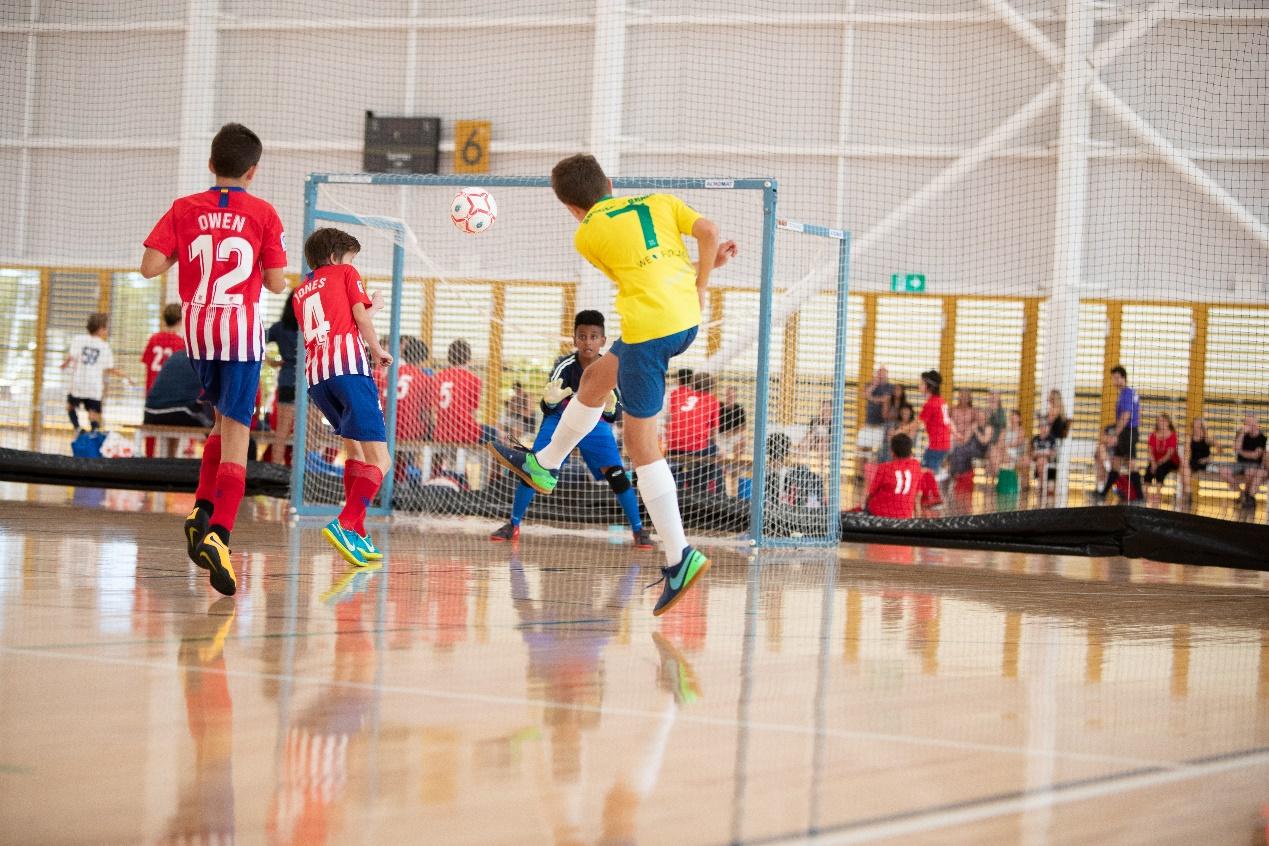 The book The Talent Code, written by Daniel Coyle explores why certain areas of the world are talent hotspots for certain activities. Simon Clifford, a soccer coach, was blown away by the supernatural skills of the Brazilian soccer players. After extensively studying the Brazilians, he determined that there was a misconception that the Brazilians got their skills from playing soccer at the beach. The cause for such talent came out of futsal.

One reason lies in the math. Futsal players touch the ball far more often than soccer players—six times more often per minute, according to a Liverpool University study. The smaller, heavier ball demands and rewards more precise handling—as coaches point out, you can’t get out of a tight spot simply by booting the ball downfield.

Sharp passing is paramount: the game is all about looking for angles and spaces and working quick combinations with other players. Ball control and vision are crucial, so that when futsal players play the full-size game, they feel as if they have acres of free space in which to operate. When I watched professional outdoor games in Sao Paolo sitting with Dr. Miranda (Professor at soccer from the University of Sao Paolo), he would point out players who had played futsal: he could tell by the way they held the ball. They didn’t care how close their opponent came.

As Dr. Miranda summed up, “No time plus no space equals better skills. Futsal is our national laboratory of improvisation.” In other words, Brazilian soccer is different from the rest of the world’s because Brazil employs the sporting equivalent of a Link trainer.

Futsal compresses soccer’s essential skills into a small box; it places players inside the deep practice zone, making and correcting errors, constantly generating solutions to vivid problems. Players touching the ball 600 percent more often learn far faster, without realizing it, than they would in the vast, bouncy expanse of the outdoor game

You only need to view the link https://youtu.be/_qKHQX3dmRQ for further evidence if you are still not convinced

How does this translate back to the outdoor pitch to make it more effective for soccer development than soccer?! Easy. Because futsal creates the optimum environment for deep practice, a rewiring of the mind, which exponentially increases their development.

We see it futsal season after futsal season, which has led to Soccer de Brazil launching an all year round futsal development program to compliment player’s club outdoor training.

We want to improve Australia as a soccer nation, and futsal will be one of our tools to do so.

By SDB Academy|July 23rd, 2019|Articles|Comments Off on The Benefits of Futsal