Why Goalkeeper Training Is So Important 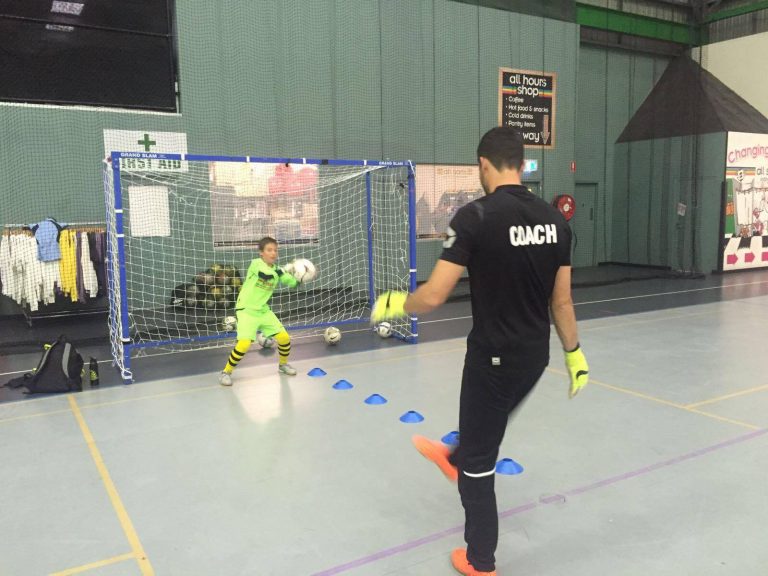 “As a goalkeeper you need to be good in organising the people in front of you and motivating them. You need to see what is going on and react to the threats. Just like a good manager in business.”

A good soccer team starts with a good goalkeeper…

This expression is famous in the football world and it is the truth. The player in a different jersey and with a different set of rules that are specific to that position, can go from hero to villain in one second. The distance from heaven to hell is really short for these brave players.

What makes goalkeepers so special? How can we convince our little ones that this position is as important as the one scoring the goals and getting all the glory? In futsal, this might be easier as the goalkeeper plays a vital role in the team, even more than in outdoor soccer.

The goalkeeper’s main job is to protect his own goal from the offensive power of the opponents, often providing exciting duels.

It is known that Futsal is a team sport, requiring that players present a number of physical, technical and tactical attributes to face all kinds of situations during a game. A futsal goalkeeper must be tough, as the ball is heavy and the shots come from a short distance. The goalkeeper uses both his hands and feet to avoid goals, but he can also become a fifth player out of the box in an offensive action. Specialised training is essential, so the goalkeeper can serve his team with effectiveness and safety.

Increasingly, the goalkeeper in a futsal team takes on functions that were not part of their duties in the past. This happens as a result of changes in the rules of futsal over the years. New possibilities that result from these rule changes, further reinforce the need for a professional coach who is responsible for the specific goalkeeper training.

It’s important therefore that the goalkeepers’ coach must know the technical foundations and the main characteristics of these athletes, adapting them to the most demanding situations that are likely to be encountered in the course of games and competitions.

As the last barrier to prevent the opponent’s goals, being a goalkeeper requires all the conditions mentioned above and more. It is vital that they are fully prepared to effectively play in that position.

This is gained through consistent hard work by not only the goalkeeper, but also by the goalkeeping coach, who is just as responsible for a good goalkeeper performance. It is the responsibility of the goalkeeping coach to prepare, assist and correct possible flaws identified during games and address this with specific training, always maintaining constant conversations with the head-coach.

There is also work of tactical order (these will be worked out together with the main coach and the rest of the team).  This is why, for effective goalkeeper development with positive results to be achieved, the presence of a goalkeeper coach is essential.

Some of the important features of a good goalkeeper include: boldness, courage, decision making, play making and a good reading of the game. This position also demands important qualities of individual behaviour: discipline, leadership, resilience, determination, responsibility, self-confidence, communication and importantly, the team spirit.

Following are examples of the different types of goalkeeper training:

Reaction Speed Training: This aims to make the athlete react to a stimulus (strong shot from the opponent, for example). Examples used in training: voice, whistle, clapping, signs and different sounds.

Agility training: This is undoubtedly the most important trait present in a goalkeeper. If they lack this characteristic, it is very unlikely for an athlete to succeed in this role. Examples: exercises with direction changes using all kinds of materials (cones, strings, bows, tennis balls, rubber balls, balls of various weights and sizes) 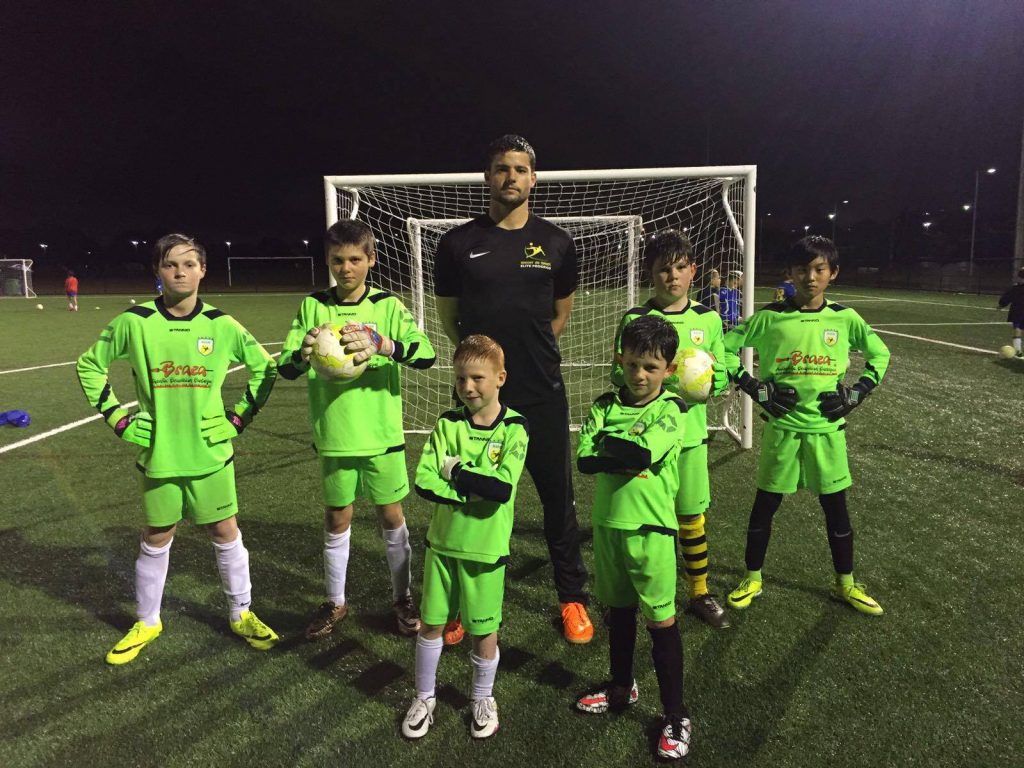 Everybody makes mistakes, but when goalkeepers make them, it is costly. That’s the nature of being a goalkeeper. As parents and coaches, we need to make sure the junior players understand that it is a position as important as the others, and sometimes even more so.

We must also motivate all players to play as goalkeepers when they have the chance, so they can understand all the aspects of the game as well as providing a better response to the situations involving goalkeeping and team mates.

Being a goalkeeper gives you quite a unique perspective on things. You are part of a team yet somehow separated; and you have a physical job, which you can only do well by paying attention to your mental well-being. A great goalkeeper has to have the keys to a great mindset. To be able to work well in the box, I believe you have to be able to think outside the box.

By SDB Academy|October 23rd, 2016|Articles|Comments Off on Why Goalkeeper Training Is So Important