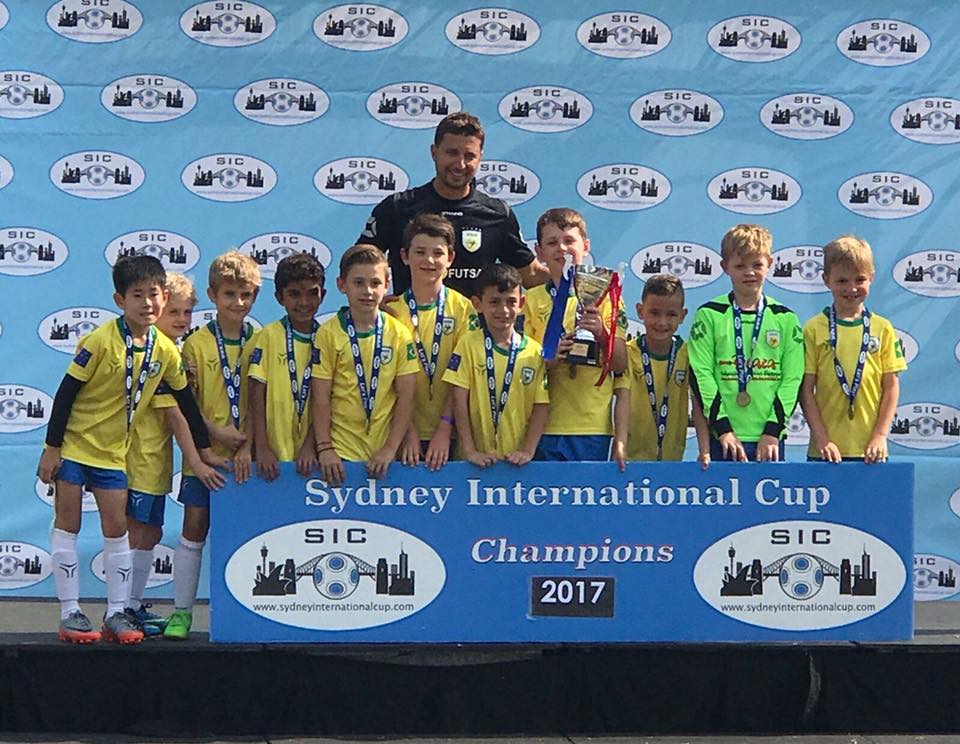 Creativity and a unique flair…

This is what separates SDB players from others. The joyful way that the Brazilians play soccer is the special touch that came from our highly experienced coaches in one of the most competitive junior soccer tournaments in Australia. But of course, we want to add some silverware to that. That’s what happened at the Sydney International Cup 2017, where the SDB U8 Sydney Metro squad brilliantly conquered the main Cup and the U9’s managed to bring a Plate home. 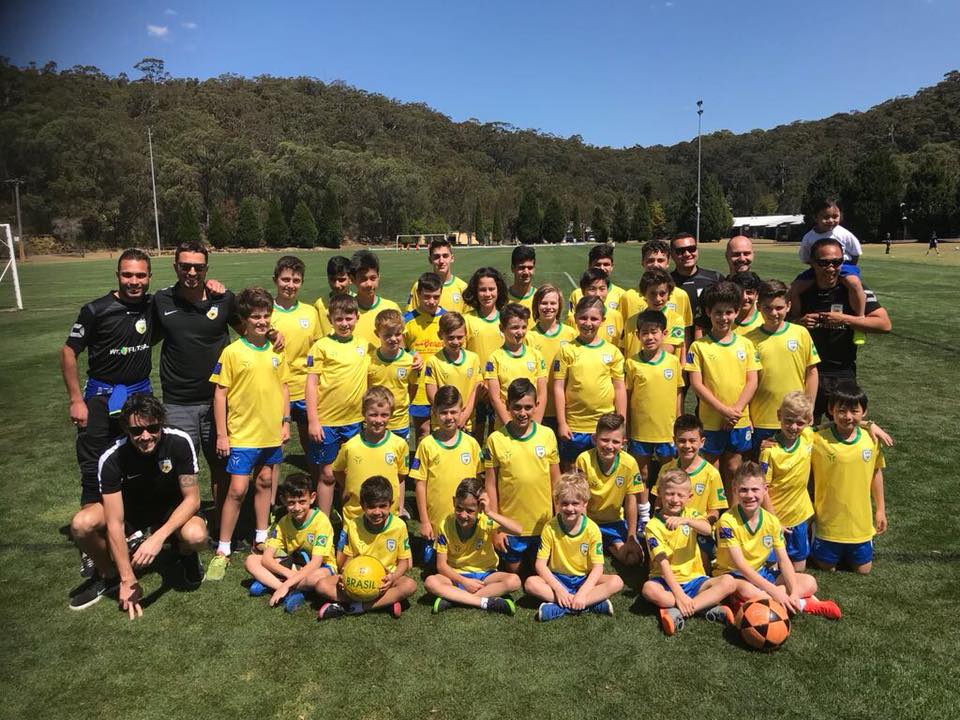 On the first day, our players experienced first hand how it feels to be part of a such a big event. Ninety teams registered in seven different competitions, from under-8 to under-14. SDB was represented in all categories (except U11). It is a moment for players and coaches to have fun together and simply celebrate being part of a team.

One player from each squad competed in the “Master of Touch Challenge”, trying to juggle a football for a few metres into a bucket.

SDB dominates U8 division and conquers the Cup

Soccer De Brazil finished with both teams in the U8 division in the Top 5: SDB U8 Sydney Metro and SDB Northern Beaches. 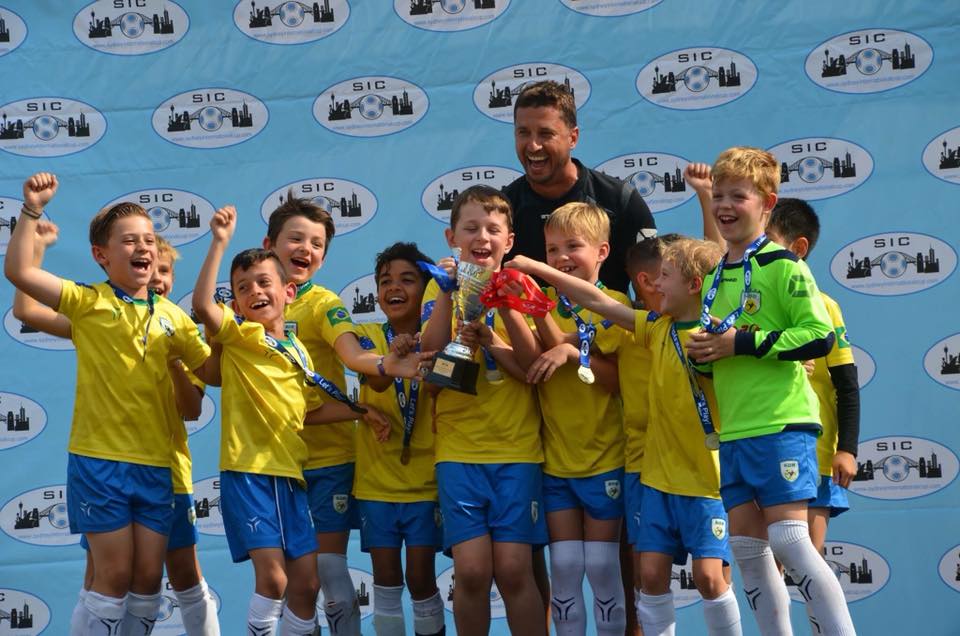 Our coaches had good expectations for both teams who have been showing a lot of potential throughout the season. There were sixteen teams competing for the title. 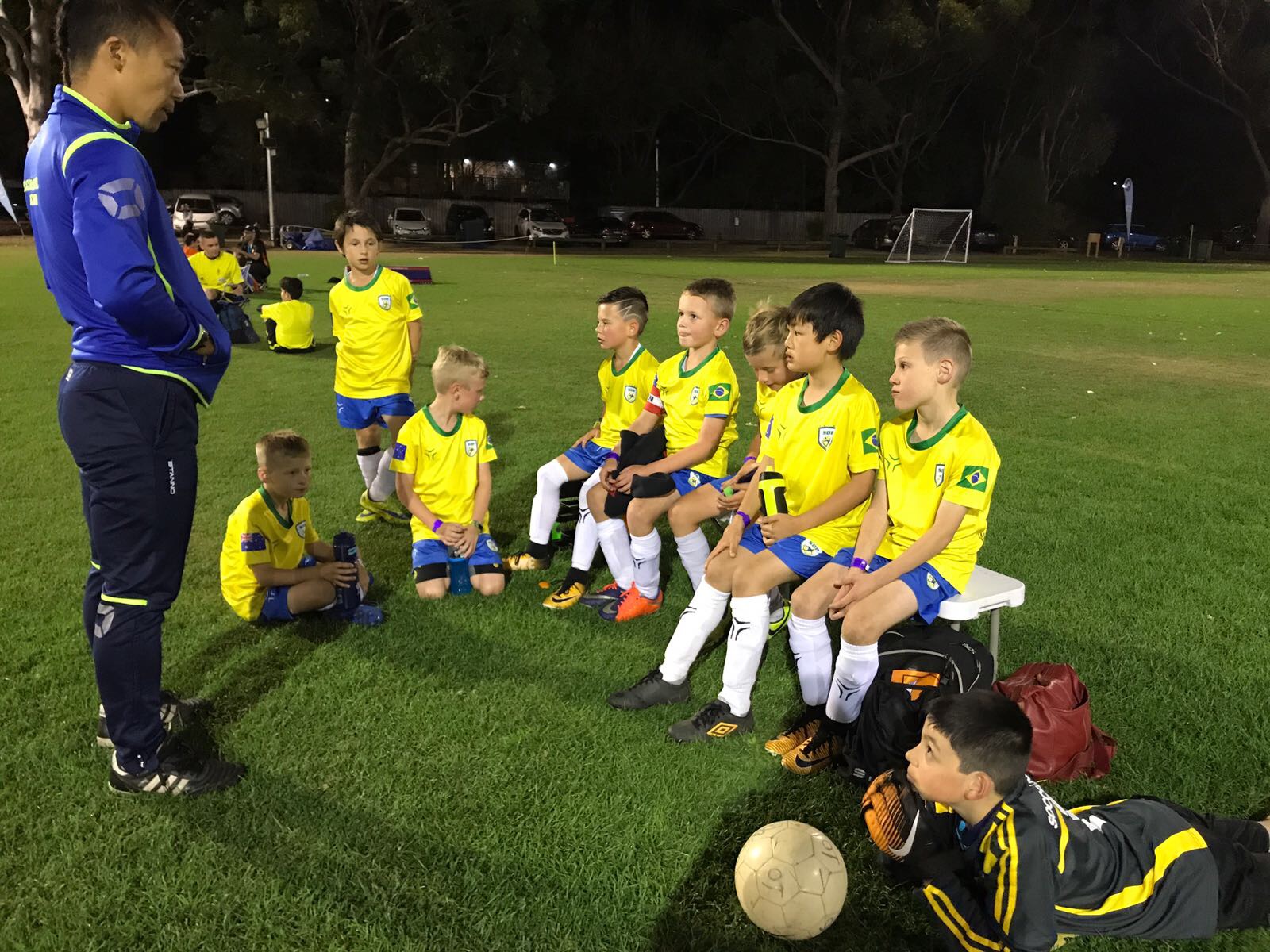 Coach Roberto Okitoi and the NB squad had a great run showing strength and good football. They dominated early on with very convincing wins, smashing their opposition.

Coach Gui Carniel and his U8 SDB Metro team had a few struggles on the first day of the tournament resulting in SDB NB topping their group being pitched up against SDB Metro who ranked 2nd in their group after day1.

A frantic SDB derby on the quarter-finals was exactly what we didn’t want to experience, however it was one of the most exciting games of the tournament. U8’s NB had beaten the U8’s Metro team previously. The derby was decided by a goal scored by Sam in the last minutes, a 3×2 Sydney Metro way. One of those special things that happen in soccer: Sam is a U7 player who was invited to help the U8 in this competition, and it was his first time in this environment. 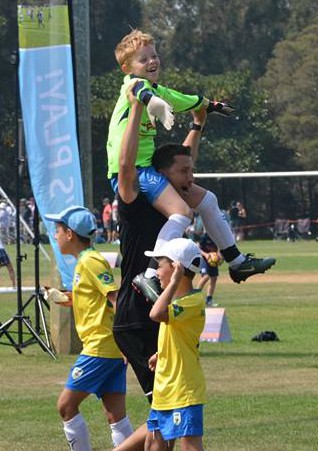 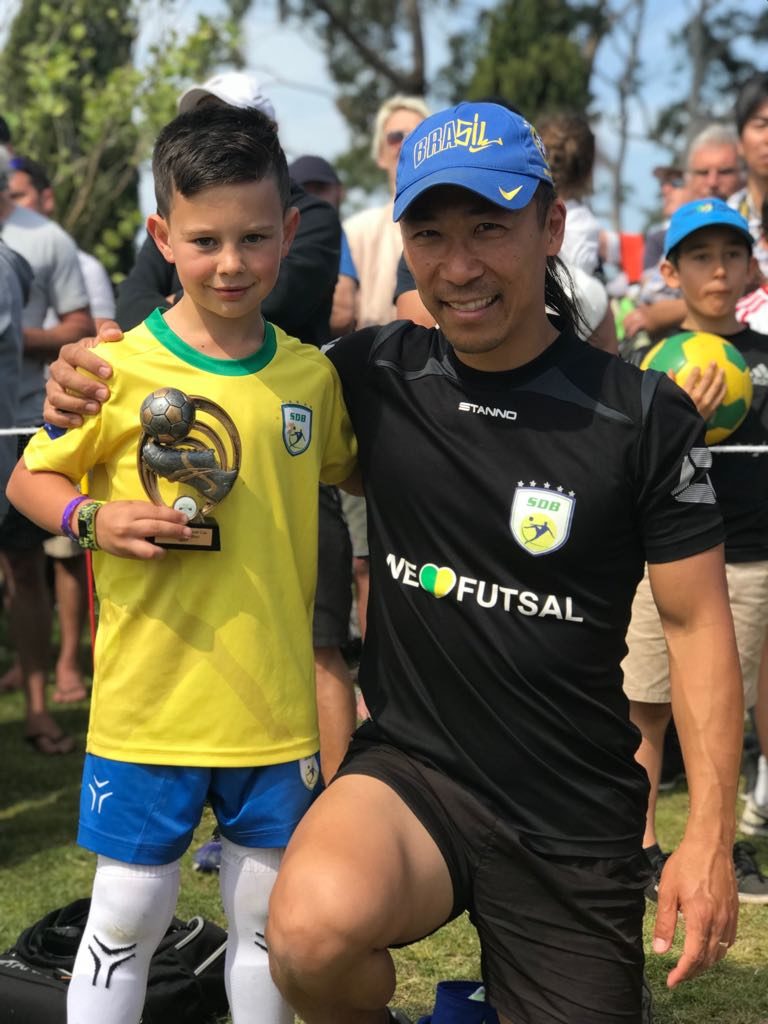 Despite the result of the derby, the U8’s in both the Northern Beaches and Sydney Metro are a force to be reckoned with. Their commitment to training and development shows and we look forward to our journey with these teams in years to come.

Special congratulations to our Golden Boot winner of the tournament, Ryker Williams from the Northern Beaches. The Golden Boot was awarded based on an aggregate of points nominated by the opposing teams for who the best player of the match was. To be selected out of over 150 players in the same age group is no small feat!!! 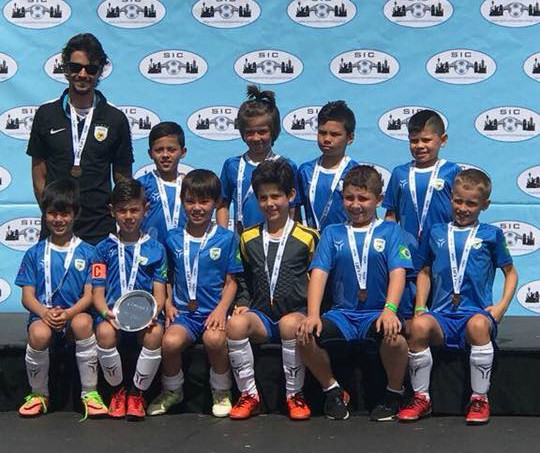 SDB U9 wins the Plate

After a tough first day, the U9’s squad shaped up during the tournament and won a well deserved Plate title. The U9 division was very competitive with tight games. Coach Bernardo Macedo and the boys had a big challenge ahead with a group playing together on a big tournament for the first time and the boys responded brilliantly.

It was clear that the team chemistry was there from Day 2, and the result was a very intense performance. A tense penalty shootout on the quarter-finals and an outstanding 8×0 on the final match were the most remarkable moments.

Coach Diego Vargas and the U10 boys finished in a respectful 5th place among sixteen teams. The squad played solid games all through the tournaments and faced some bad luck in key games. It’s a group that have been performing well in important tournaments. We are looking forward to seeing the squad again at the Craig Foster Futsal Cup 2018. 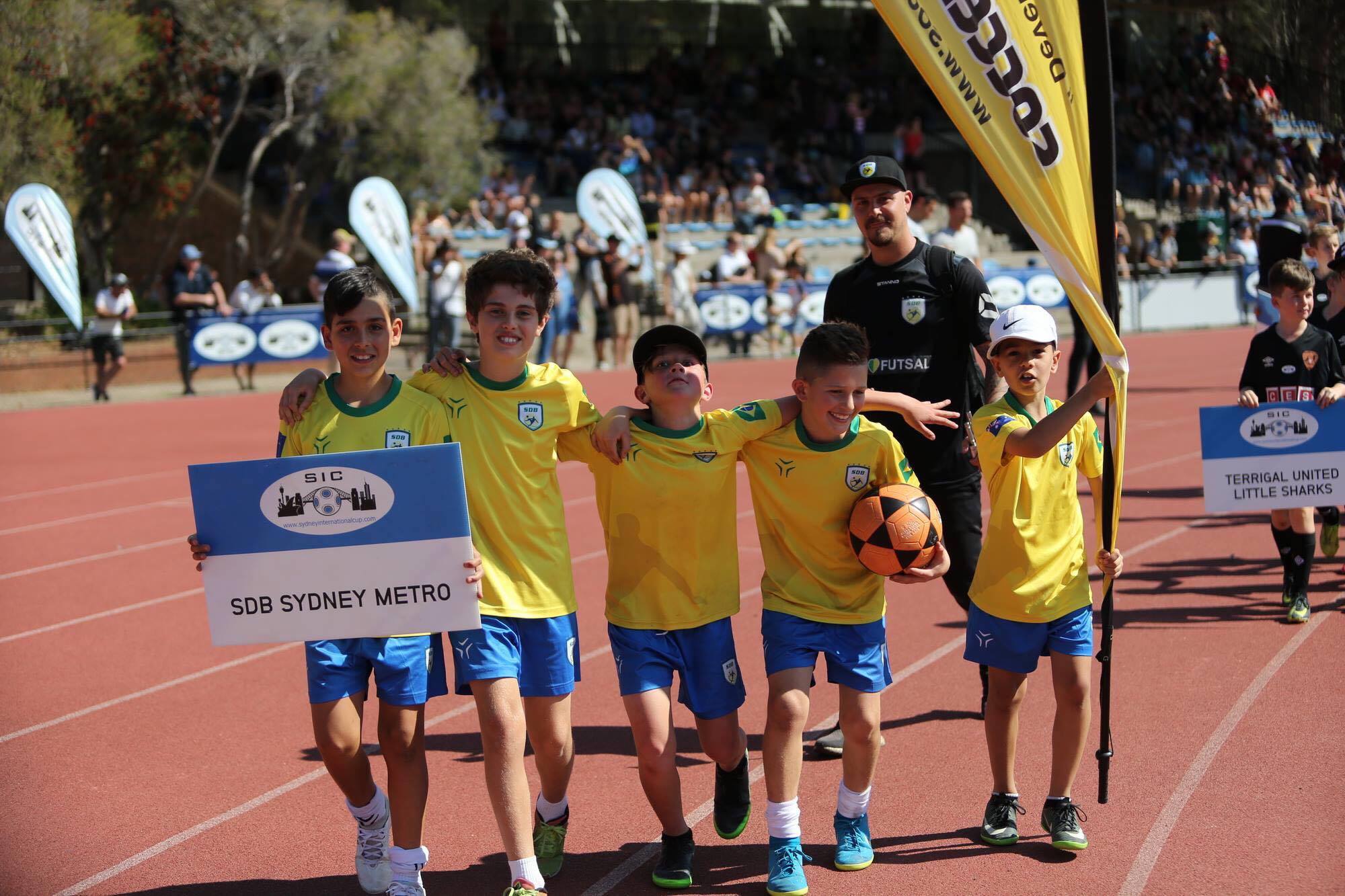 SDB U12s, U13s and U14s: COMPETITIVE GAMES AND GREAT EXPERIENCE FOR THE BIG ONES

The oldest boys at Soccer De Brazil have had to work hard in the U12, U13 and U14 divisions. Coaches Gui and Diego took the lead with the U12’s. while Coaches Caio 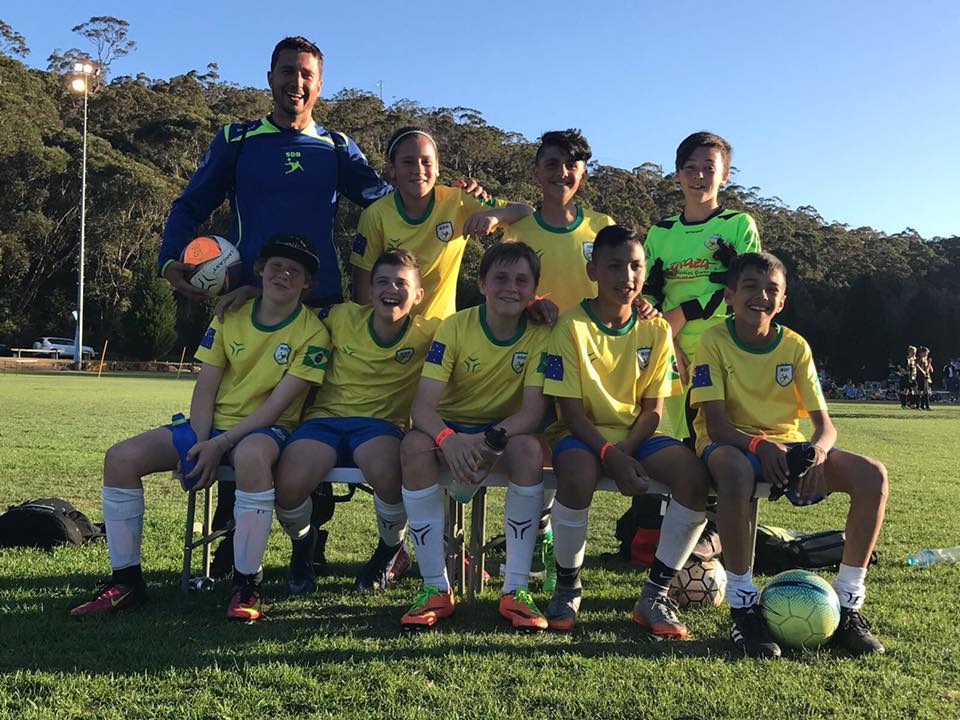 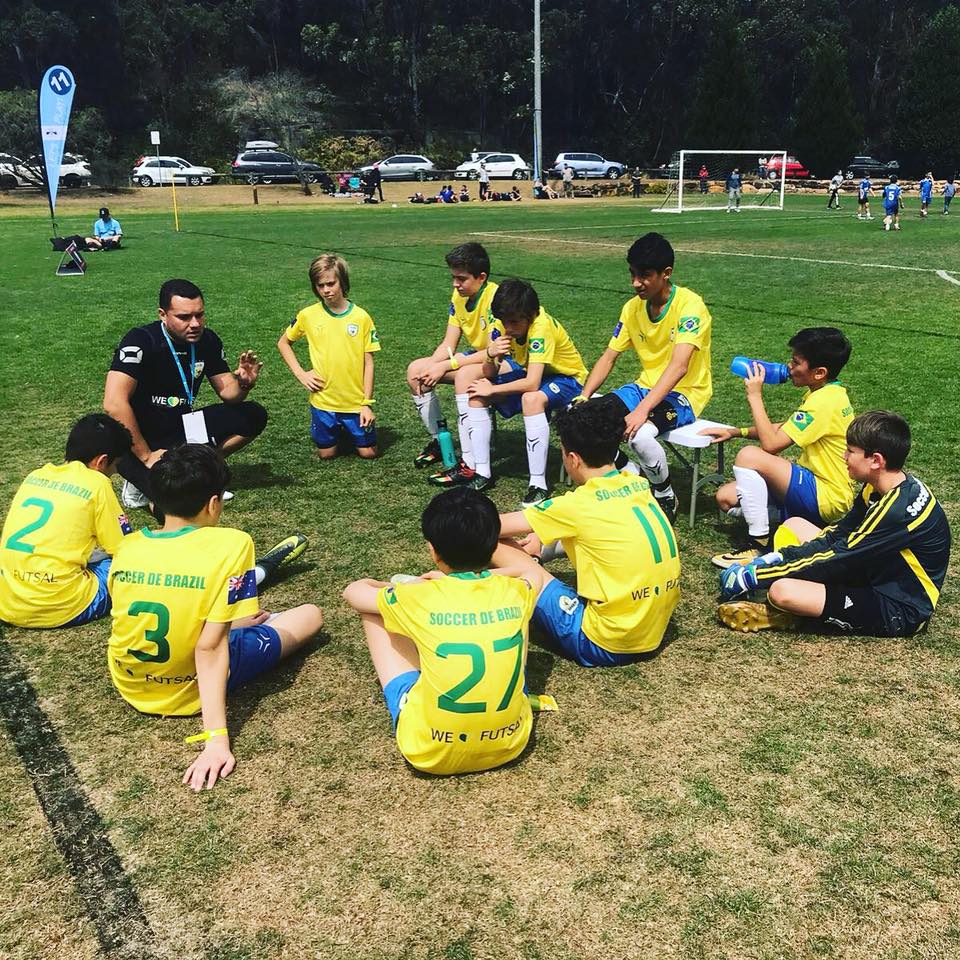 Grigoletto and Soufian Belaissaoui were defending SDB colours for the first time in major tournaments, with the U13s and U14s, respectively. It was interesting to see our players’ reactions in difficult moments of the games and we left the tournament certain of how our players benefited from this experience with the aim to come back even stronger next year. It was also impressive how the teams binded, especially the U13’s who were improving from game to game.

A special mention goes out to Coach Sofian and the U14’s. Luck was not on their side with a squad of 12 being reduced to 7 in an 8-a-side competition due to injuries, sickness, and other circumstances. While they played against teams who would be extremely tough against a full team, with no subs and playing a man less on the field, we saw our boys keep their heads up and play their guts out in the heat. 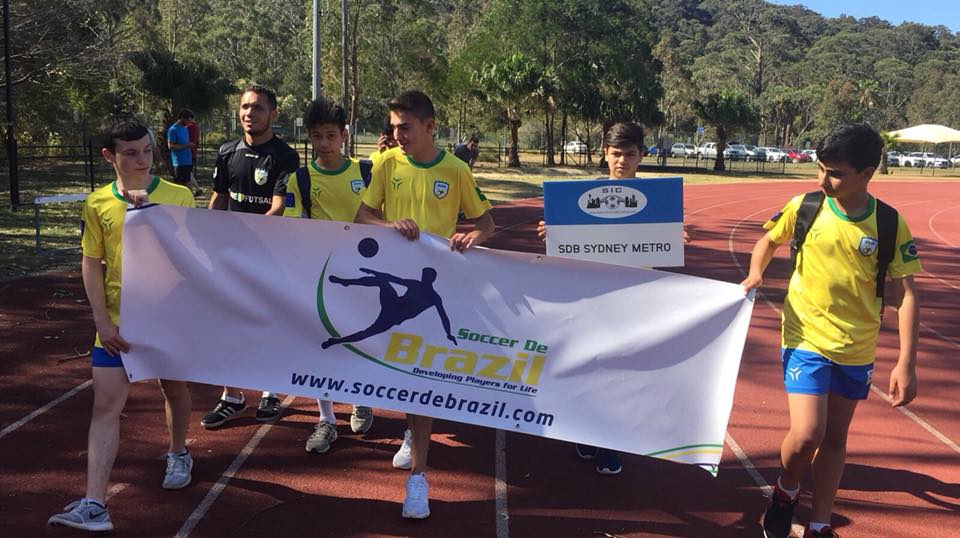 Next stop…Futsal Oz Tournament in Melbourne and then the Craig Foster Cup Tournament on the Gold Coast in January 2018. The coaches are currently forming strong teams to represent SDB and have a great shot at the title.

By SDB Academy|October 23rd, 2017|Articles|Comments Off on Sydney International Cup 2017 – SDB on display